Rubber Gloves, Chocolates and a Finger in the Peanut Butter

On Saturday, my husband and I put on our ‘casual food sorting clothing’ and drove over to our local food bank. This is something that had been on our calendar for a while but we had no clue what we would be doing once we arrived. A little mystery is exciting, don’t you think? I guess it can end up being good exciting or bad exciting depending on how it turns out, but the first instruction we received from the guy in charge of the operation that day was to ‘have fun’. So I was hopeful it would be a good kind of exciting. 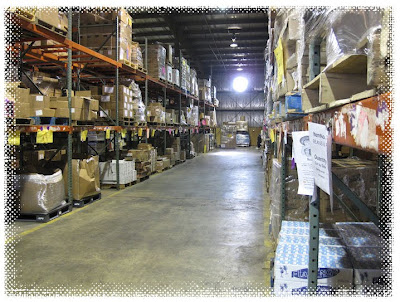 What I found really fascinating was what you learn about people doing something like this. We had a really disparate group of people – some teenagers and some many years retired and everything in between. You might wonder how such a mishmash of people would work together, especially when many of us had never officially met before even though we had seen each other in church services quite frequently. It actually, and surprisingly, worked quite well. 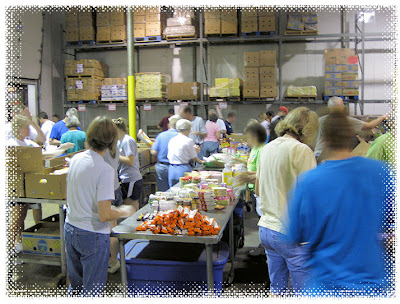 Our job was to inspect boxes of food donated to the food bank from grocery stores and similar type places. One of our instructions was that when we came across a jar of peanut butter to open it up to make certain it was still sealed from the factory. At first it seemed like an odd request, but much to my surprise, I learned that sometimes a person will go to the grocery store, choose a jar of peanut butter, open it up and stick their finger in it to taste it. Then they close it up and put it back on the shelf. Ugh!! And lo and behold, we did come across a jar or two where that had happened but luckily for the people in need of food, it didn’t happen too often. 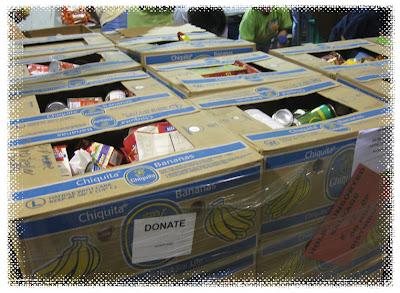 We also came across some delightful food that I was amazed had been donated – like these chocolates. I told one woman I spoke with that you could have a really fine tea party with some of the stuff we had sorted! Of course, sometimes you would open a box where something goopy had spilled. That’s when the rubber gloves came in handy. (No pun intended, but hey, I’ll take them when I can get them!) 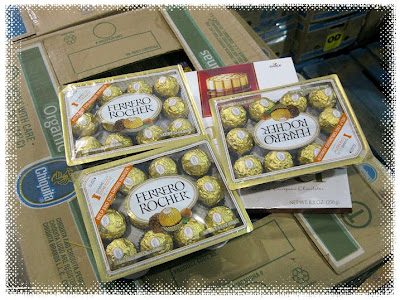 While it took a few minutes to get into the rhythm of sorting the food, it was a pretty straight forward process. Mostly, they wanted to make certain the food was not contaminated in any way and would be safe to disperse among the agencies that would make it available to those in need. It didn’t take us long to sort over 10,000 pounds of food. And that was just a small group of us. Yeah, that’s me there moving at the speed of light – so fast the camera couldn’t even catch me! Ha-ha! 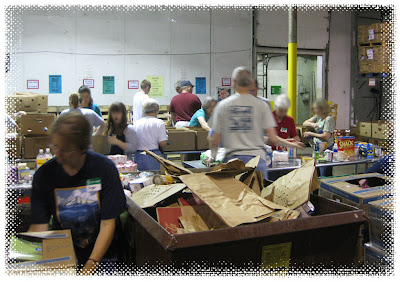 I guess some might say in the scheme of things, we did not make much of a dent in huge problem of hunger in the world, but maybe out there somewhere a family of six – a mom and a dad and four little children under the age of five - will have something to eat that will help them through difficult times. And maybe, just maybe we will have made a difference however small. 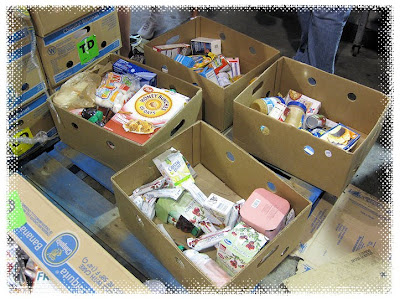