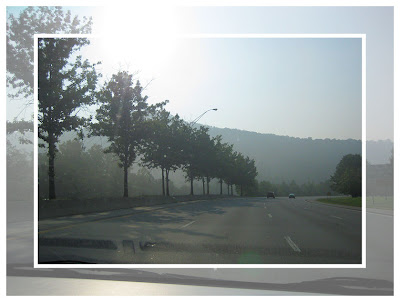 The above photo was taken upon leaving Asheville where we had just taken our daughter to begin college life. We anticipated arriving early for the move-in process. Our plan was good shoes, a good night’s rest, and a head start before too many others arrived to do the same. The vehicle was packed and primed with various and sundry things for dorm life. We knew that moving in would involve numerous trips to and from the car, numerous trips up and down stairs, and numerous times holding doors open while carrying boxes.

What happened was that upon arrival we were greeted by one friendly guy telling us where we should park and that once there we would meet someone else. So we followed instructions. After we parked our car, two people met us with those bellhop carts you see in hotels. All the while I’m thinking to myself, “Oh good. We get to use those carts. How nice.” But actually, we didn’t use them. The two people who met us at our car unloaded all my daughter’s things, put them on the cart, rolled them down a ramp, took them to the room, unloaded the cart in the room and mostly we just stood by with our mouths open. But that’s not all.

After chatting with these people a few minutes, we found out the move-in volunteers were the professors and teachers. And they were cheerful all the while. It certainly made a good first, and lasting, impression on us.

Posted by ginger@bearbits at 12:26 PM