This Struck Me Funny

Since my husband is a huge fan of our State Fair, we usually go a couple of times – for the food and the people watching. It definitely brings out all types of people and puts them in one place. The first night we went, there was hardly any crowd and we walked around without bumping elbows with anyone.

The last time we went was a different story but it was fun all the same – as soon as we found a shortcut around all these people. 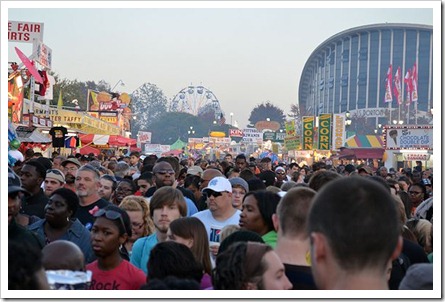 You do hear some interesting comments from people when you are standing so close. Some of them can be quite comical. Then I saw this trying to make its way through. 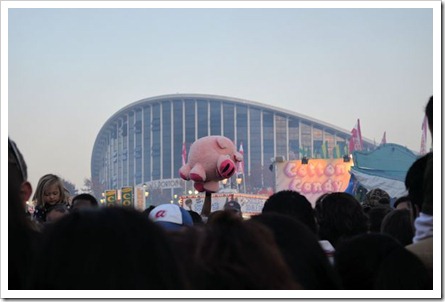 It struck me as funny. It isn’t as if I haven’t seen a ton of huge stuffed animals at the fair before but seeing this huge pig seemingly floating in the air above everyone’s head was too ripe not to take a photo.

A while later there was this. 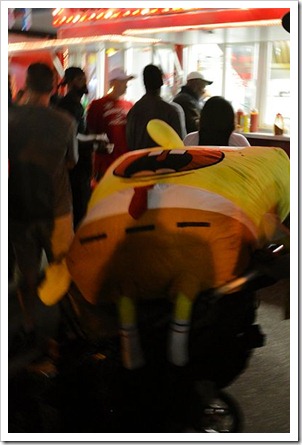 Poor ol’ SpongeBob. I think he’s been out of the ocean way too long. Rest in Peace you super soaker.

Finally, before we headed towards the exit, we saw this enormous shiny green frog being lugged about. 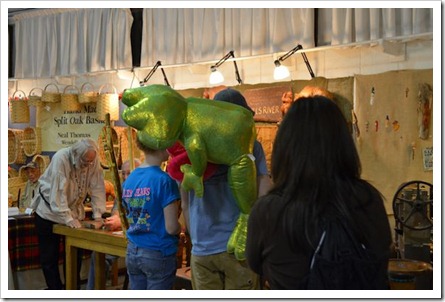 The way I took this photo makes it seem as if he is gobbling up this young lady. I can just hear him saying, “I love you so much I just want to eat you up. Ribbit. Ribbit.”

Posted by Sebastian@bearbits at 11:11 PM