My project is nearly complete. I am just tidying up a few things. One of the elements I wanted to include was a pumpkin or two. I found some the right size but they were much too neat for the style I am using. I decided the best way to achieve the look I was after was to change them.

Here are some photos I took during the transformation. 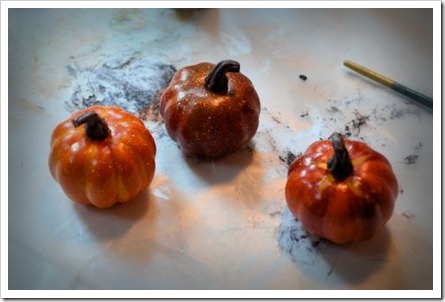 This is how they looked to begin with. 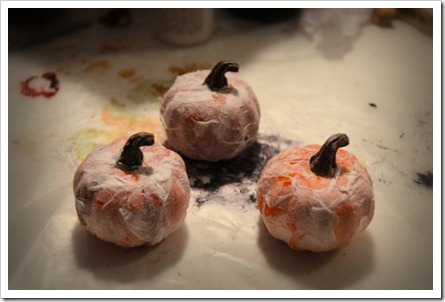 I had never tried this technique on a three dimensional object so it was an experiment. 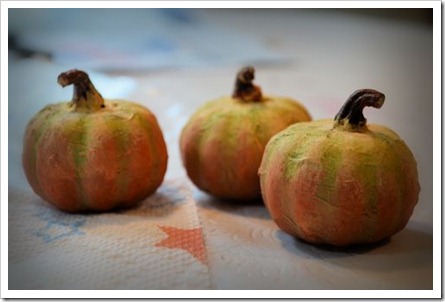 Here is one stage of the painting.  I thought I had another photo of them without the green but I must have been dreaming. 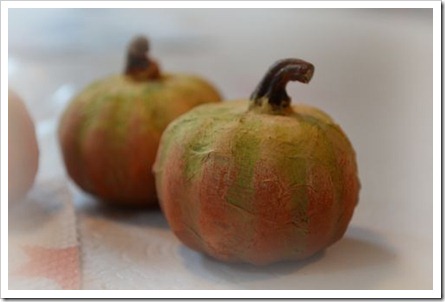 I liked them this way but I decided they needed to go a bit further. 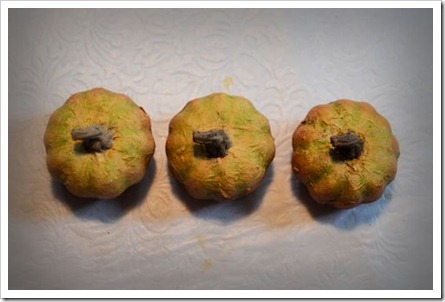 The stems got a makeover as well.  Not much – just a little. 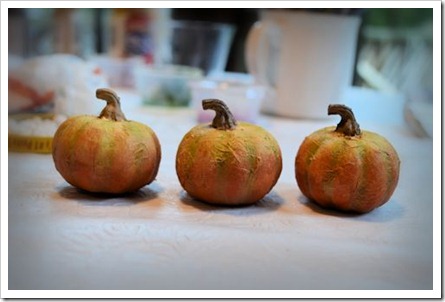 The stems from another perspective – left to right: base coat, 2nd coat, 3rd coat of paint. 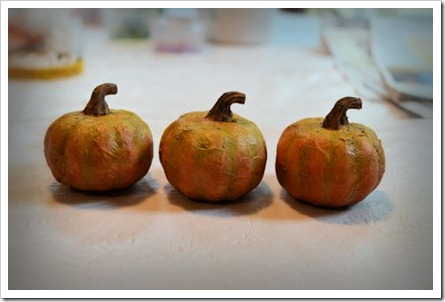 The final incarnation – a bit more aged.  So much fun – after you get past the scary part of committing yourself to the fact that after a certain point there’s no turning back.

Posted by ginger@bearbits at 12:51 AM

Email ThisBlogThis!Share to TwitterShare to FacebookShare to Pinterest
Labels: Halloween, work in progress