My gallery piece is constructed of two main pieces which fit together – or is that two-gether? One part is what I call The Big Book, as opposed to all the little books you have seen here previously.

It began as an unfinished wooden book box that has been waiting for just the right opportunity. I think I must have been overly anxious to begin because I couldn’t find where I had taken a before photo. Thus you will have to use your imagination for that image.

The first thing I did was to seal it. 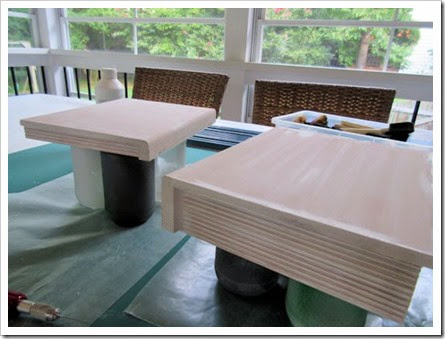 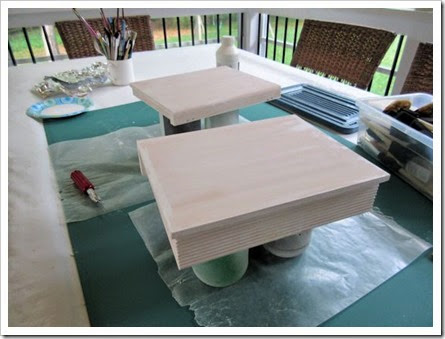 Next I had to decide how to make it look like an actual book. I finally decided on this design 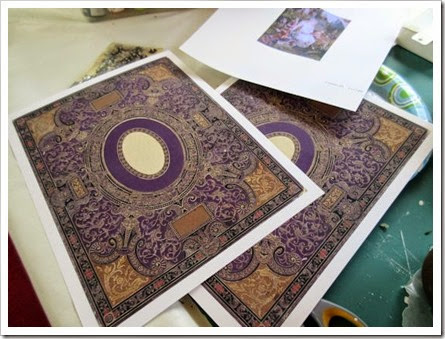 but I had to create a compatible spine to go along with it. 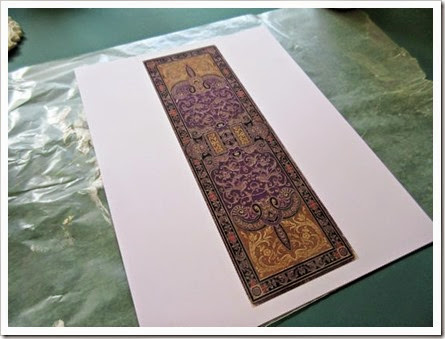 Next I applied it to the box – the fit had to be precise to look like it was always a ‘book’. 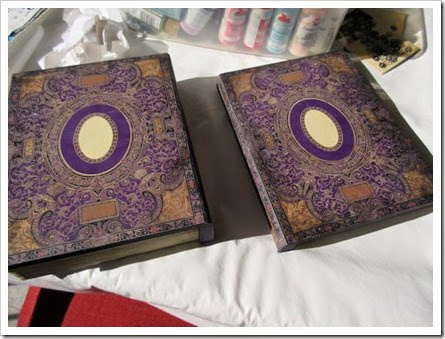 The spine had to be split for the hinge side but that worked out fine. 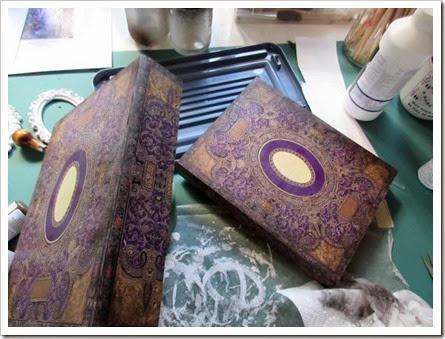 Then I moved to working on the inside edges – preparing them for transfers. Every step had to be done in a certain order or I could easily end up ruining a special piece of paper or doing some other regrettable thing. This is a lesson I learned the hard way somewhere along the way. 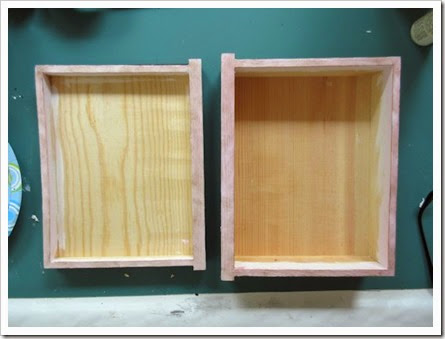 I believe this is the last ‘in progress’ photo I have of the interior of the box. I became absorbed in creating the details and well, that’s how it goes sometimes. I do have photos of it all together in the end so I’ll be posting those soon. As always, thanks so much for reading!

Posted by ginger@bearbits at 10:38 PM