A few weeks ago I was invited to conspire on a special gift for a special person. The idea was to create a unique piece from my bears&boxes series that would celebrate a special occasion. All in all – a very exciting endeavor. I do love a good conspiracy!

When given free reign, this type of project is exciting to work on because it usually requires research. And I do like to poke around and learn something new. While I am not going to take up dancing as a new hobby, I did come to appreciate group dancing as well as a variety of other things.

I took lots of photos of this piece while it was underway, tried a few new techniques and revisited some older ones. Today, I will show you the finish of the outside of the box. In a later post, I will show the inside.

I began with a cigar box – they usually yield an amazing transformation. I separated the lid from the box to make it easier to work with. 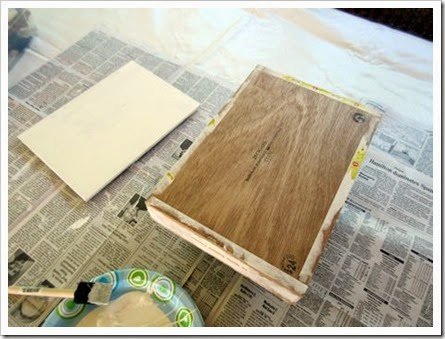 Then I gessoed the surface to seal it and prepare it for what was to come. 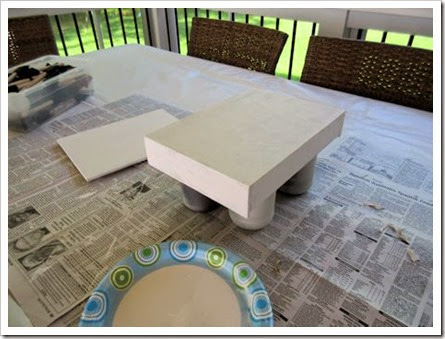 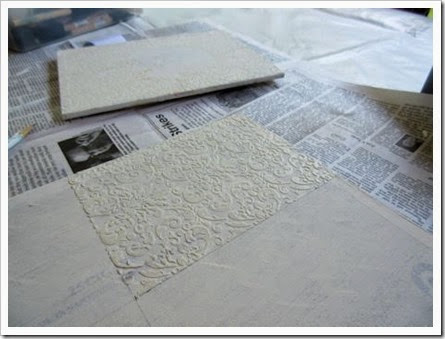 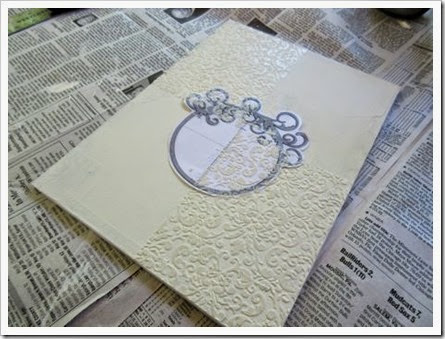 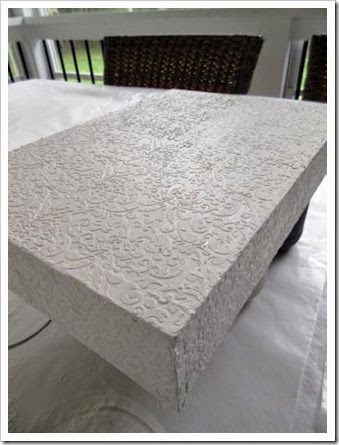 This is a close-up of the texture. Some folks might prefer pulling weeds in a garden to this, but I love this sort of thing. I guess it’s whatever floats your boat! 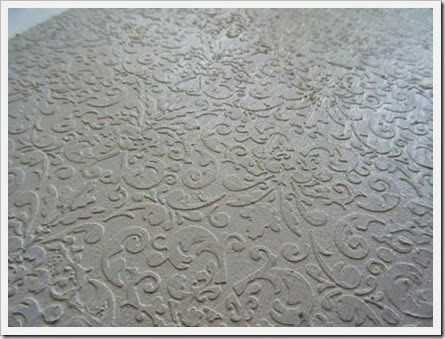 Next I began painting using the color scheme I had chosen. The accuracy of these photos leaves something to be desired. The color in real life is a rich purple. 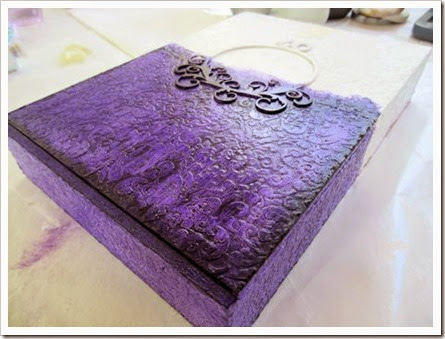 Here’s a snapshot of the front with the frame in place – a tricky situation because the frame needed to be painted at the same time but then I needed to be able to insert the art I was using behind it. It’s called Ginger’s special technique for undoing and redoing. Very. Very. Carefully. 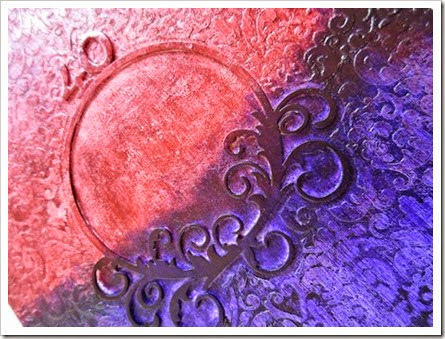 This is the front pretty much completely done. I say pretty much because I can’t remember if I did some tweaking after this photo was taken or not. 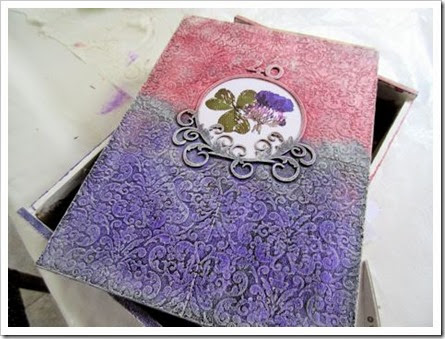 So there you have it: The Making Of. I do love to being part of a plot, a plan! Next time, I will share the making of the inside of this piece.

As always, thanks for stopping by!

Posted by ginger@bearbits at 9:17 PM