I love being in on surprises and I was recently thrilled to be a part of a birthday one. Now that the surprise has been unveiled, I can show you my part in it. At the beginning, which was several months ago, I was asked by a friend to create a special piece in my bears&boxes series for a gift.

This is how it started out – as a cigar box in the shape of a book. I had to remove some paper from the inside since it was embossed and would affect the final design. 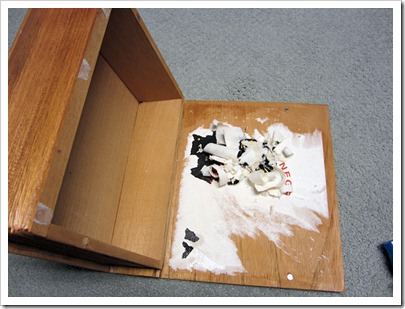 Then I masked parts of the box so I could apply some texture. 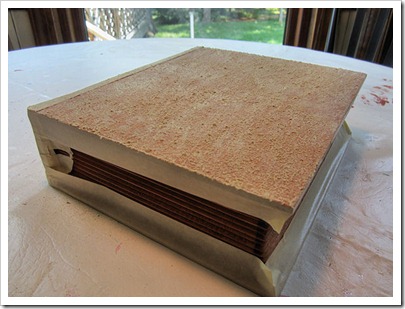 More surface preparation so I could get the colors the way I wanted them. 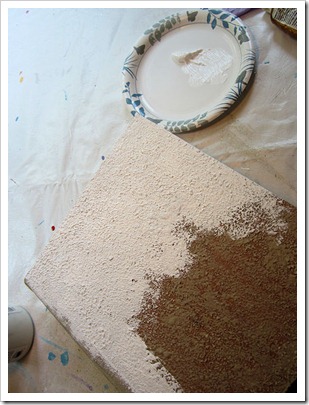 Here’s a close-up of the texture with some of the base coat of gesso. I left it to dry for a while. 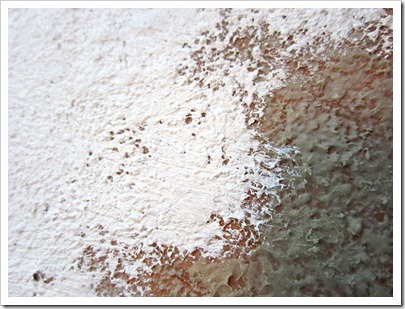 In the meantime, I was planning on what the inside would look like. I decided a staircase would be very fitting for the chosen theme. 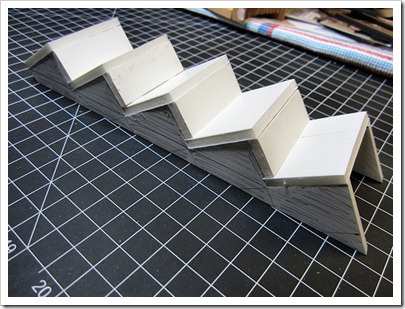 The wood grain on these stairs is from my old oak dining room table. 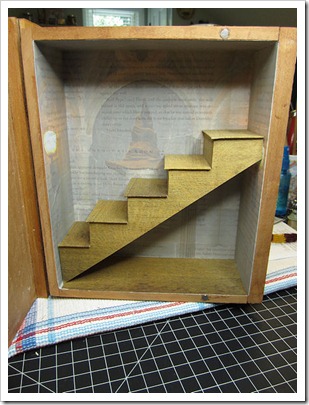 Back downstairs in my painting studio, also known as the kitchen, the gesso had dried and I was able to paint the outside. 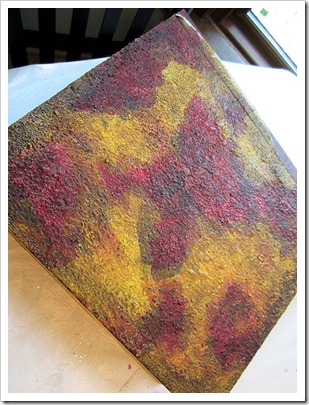 In this photo, I have begun to remove the masking so I can finish the exterior. 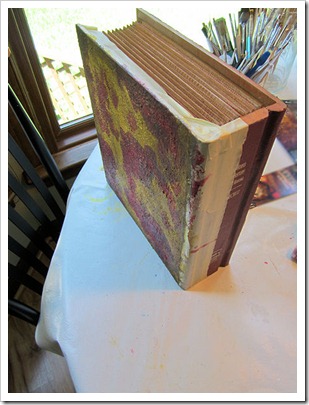 This last photo shows the outside completed with the book title in place on the spine and on the front panel. 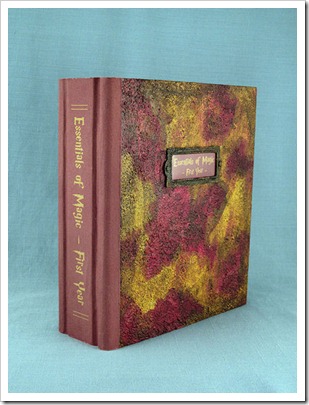 Tomorrow I’ll tell you about my concept and show what I did on the inside.

Posted by ginger@bearbits at 11:07 PM