Oh my! Thank you all for your sweet and kind comments about the newest addition to The Piece Parade line up. They were magical; at least, they were to me. He and other teddy bears will be going with me to the Hunt Valley show in one month. Egads! One month!

While I was pondering this revelation, as if it was news (!), I began to think back to more leisurely days. Those blissful days when we were traipsing about the Magic Kingdom during Disney’s Halloween Party, meeting the ever delightful Mickey and Minnie dressed up especially for the event. What terrific costumes they were too! Very colorful and detailed. But then that’s what you can expect from the folks at Disney. 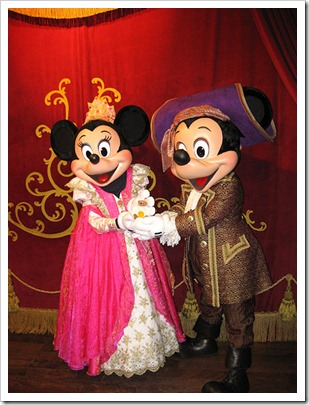 If you’ll notice, Sebastian had also donned his costume for this occasion. He was quite proud of his creativity. I can honestly say I did not see another guest dressed up as a fried egg. It could be there was a reason for that. I have no clue where he got that idea or how he carried it out, but he’s resourceful and sneaky and I’ve gotten to the point where I just don’t ask too many questions if I really don’t want to know the answer. 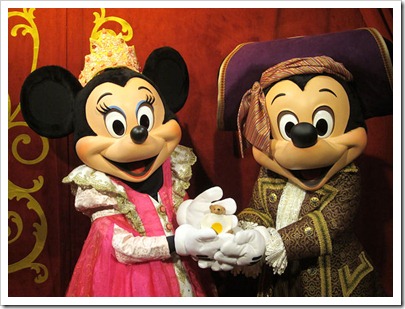 Mickey and Minnie were, as always, superb, gracious, and kindhearted. Sebastian was treated so well. 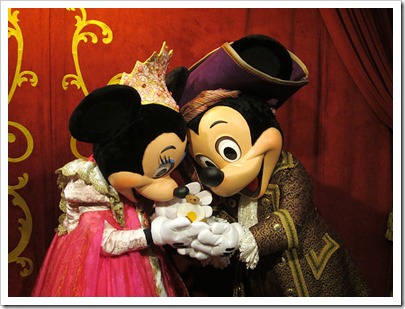 Is it any wonder that so many people make the trek to spend a little time steeped in the magic of this fantasy world? Where you can wear mouse ears (or other funny hats), eat sprinkle covered treats and be sped through a dark cavern at incredible speeds and come out laughing on the other side? 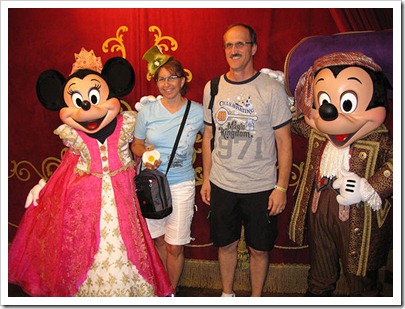 That’s the kind of stuff I was thinking about on this rainy day as I sewed after voting in the municipal elections. My only regret was that neither Mickey nor Minnie nor Sebastian was on the ballot. Maybe next time . . .

Posted by ginger@bearbits at 5:01 PM