Zoltar in a Coffee Shop

We discovered a relatively new and delightful coffee shop near where we were staying at the beach. One thing that made it unusual was its resident fortune teller. Not just any fortune teller, but Zoltar. 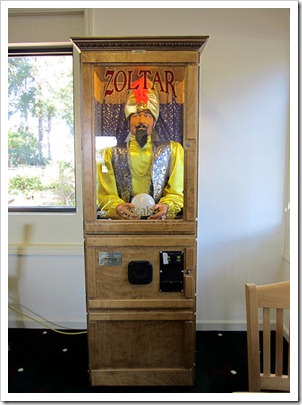 Did you ever see the movie Big with Tom Hanks? Zoltar was in the fortune telling machine that transformed the character that Hanks played. 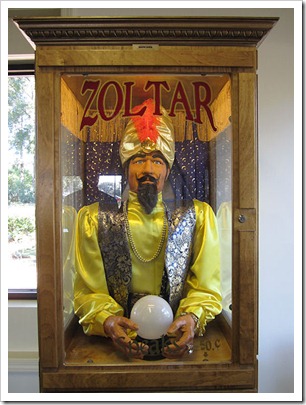 Sebastian was fascinated by Zoltar, who wore a gold turban with an orange feather. He asked me if Zoltar could really tell him his fortune.  See Sebastian peering up at him? 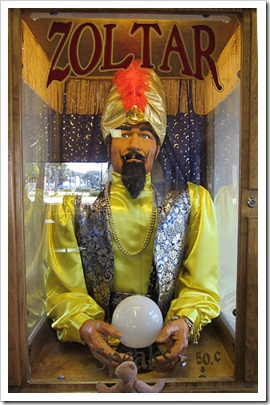 I explained that with a few coins deposited in the machine it would return a card with a fortune, but that it was just for entertainment; that what the card said should only be taken at face value. 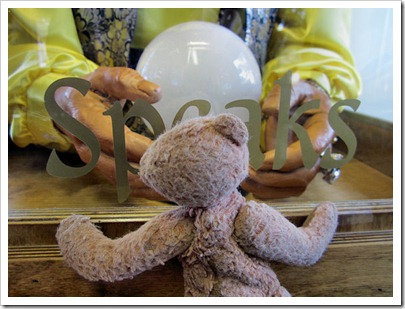 He looked so longingly up at Zoltar that I thought perhaps we should give it a try – just for fun, of course. 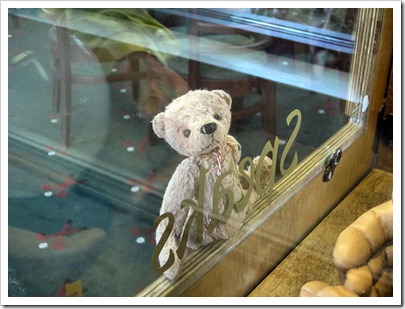 Zoltar kept his part of the bargain and presented a small yellow card for Sebastian. Are you wondering if he was happy with what it said? 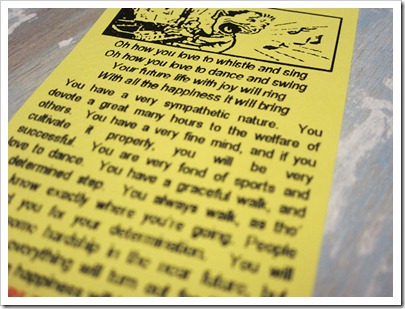 I should say so! It said he had a very sympathetic nature and devoted hours to the welfare of others. It also said he had a fine mind and would be successful. The next bit about being fond of sports I wasn’t so sure of, but Sebastian said he thought that was referring to his champion cookie eating skills to which I conceded. He really latched onto the last part which said unending happiness would be his.

Here’s a photo of Sebastian clutching his precious fortune. I don’t know about the unending happiness bit but for now he is definitely a contented little bear. 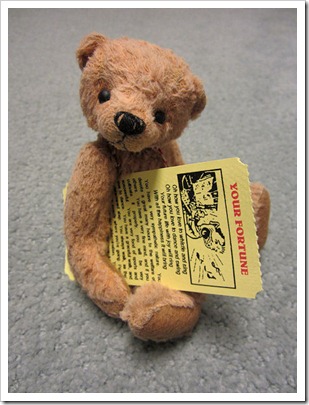 Day 4 of 10 Days of Orange Crazy Countdown to Halloween!

Posted by ginger@bearbits at 12:05 AM