Trial and Error – The Next Bits

Following my last post, this one shows the next stages of my TBAI gallery piece. As a project, it required the most diverse tools and materials of any I have created.

First there was the wood of the base and the birch logs. Here you can see them cut to size. Then there were some twigs that also had to be cut – much smaller. These little slices are about 1/8th of an inch thick and about ½” or so in diameter. Funnily enough, they were not the smallest ones. 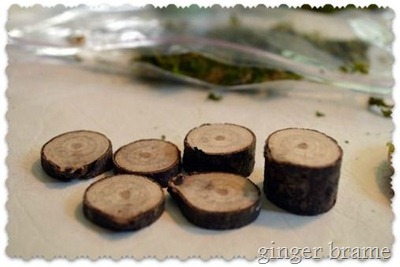 Many of the bits and pieces of this project required some new technique or a serious review of one learned long ago. I spent some time reacquainting myself with polymer clay. I could hardly wait to do some practice runs. As you can see in the following photo, I started by trying to see how some small berries would turn out. 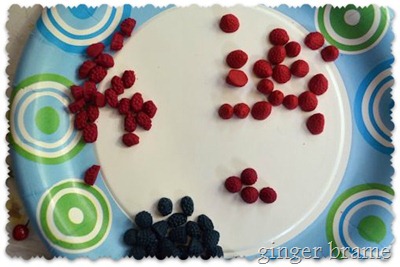 Then I tried some chocolate covered strawberries – not so happy with these first ones. Eventually, I made some that worked out pretty well. 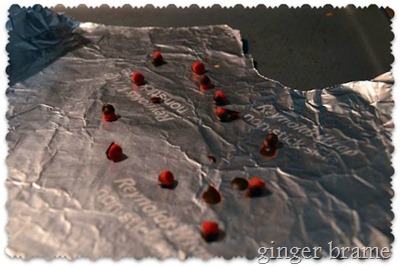 From there I experimented with making some leaves using a leaf shaped cutter and a few strawberry topped tarts. There was definitely a learning curve. 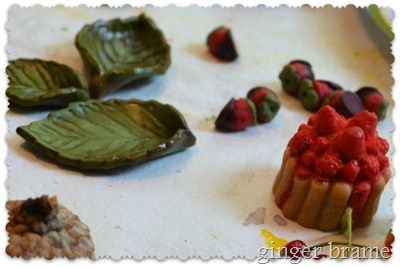 I mixed some clay to come up with a blueberry color for blueberries. I had blue hands for a time, 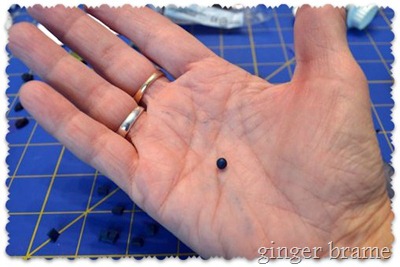 but I ended up with lots and lots of blueberries. 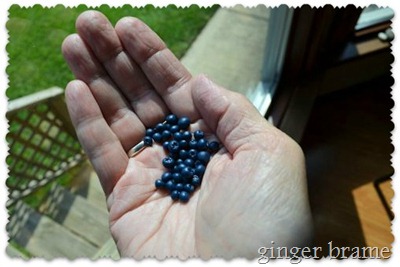 I think I had the most fun making cherries. Maybe I will put together a tutorial for them. Quick, easy and fun – you know, stuff I can handle. While I’m no expert, I think the cherries were probably my most successful berry. 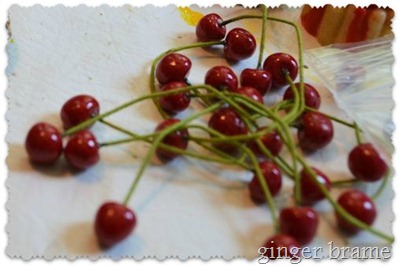 As you can see, I had several things going at once. I also spent a lot of time looking at the timer while things baked or dried. I tried to count the different tools I used and gave up after I got to about thirty. That was most of them anyway. 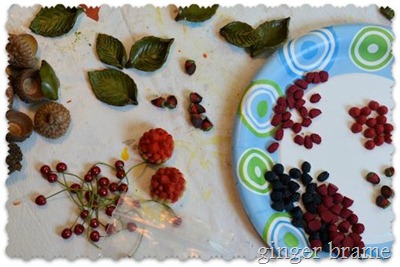 When I summarize these steps, it looks like it should have taken about half a day but in reality it took days and days and days. I finally gave up trying to keep the bits picked up off the floor. In fact, I’d almost be willing to bet there are still some teeny tiny little blueberries rolling around in some far corner of my kitchen.

Next up: The Layout.

Posted by ginger@bearbits at 12:31 AM

Email ThisBlogThis!Share to TwitterShare to FacebookShare to Pinterest
Labels: TBAI, work in progress