Portland, Oregon is in close proximity to loads of things – including the Columbia River Gorge and Multnomah Falls. It’s a short and very scenic drive 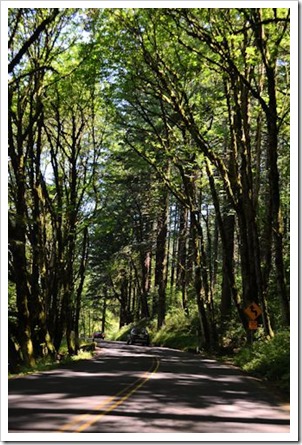 and the view of the Columbia River Gorge is breathtaking. 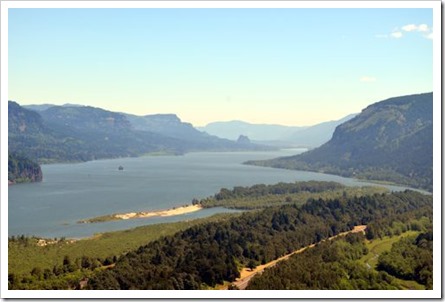 Just a short piece down the road from the gorge is Multnomah Falls. It is the second highest in the USA.  We went the first time a few years ago when I took this photo. It is worth seeing twice. 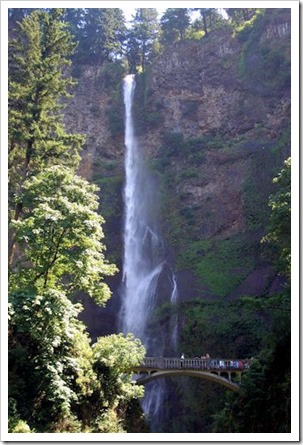 It is also so very, very tall that you have to get very far away to get the whole thing in a photo. I think this photo is almost exactly the same as one I took a few years ago. I wonder how many other tourists have this very same photo. 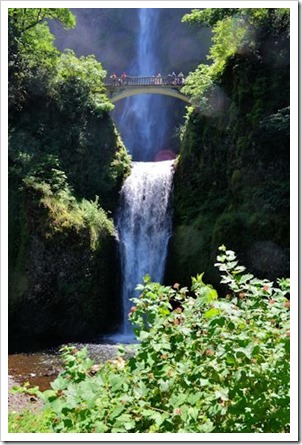 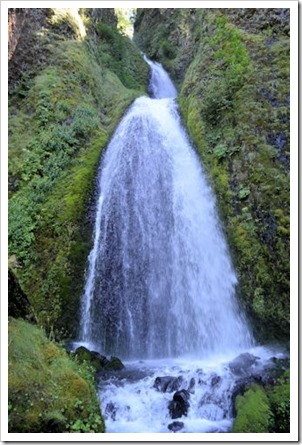 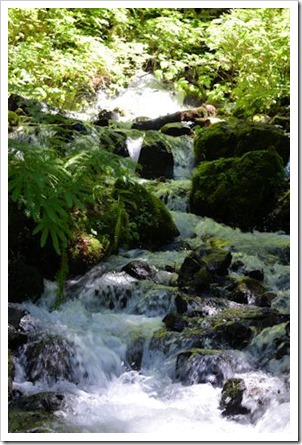 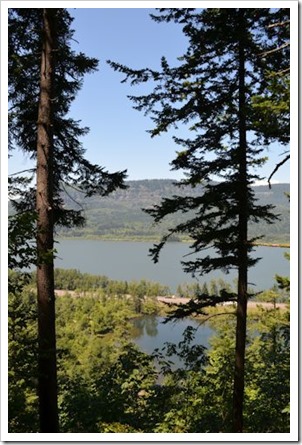 Sebastian wanted proof of his visit too –even though someone had to carry him most of the way. 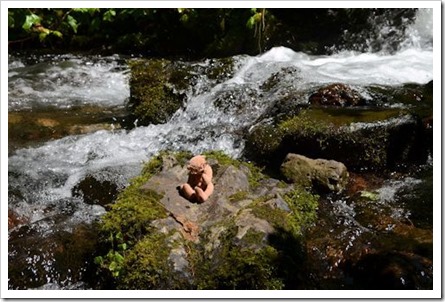 He still has Part Two of his visit to Portland which I think he is working on right now. Either that or he is sleeping. It’s kind of hard to tell.

Posted by ginger@bearbits at 2:07 AM