The flowers for this garden are created from flower beads. You might recognize that right away. I chose them for their translucence. I will show you why as we go along.

First though, I wanted a variety of lilies. I began with some calla lilies. Choosing colors was a challenge because I wanted some that would be striking but also complement the others in the set. And work within my plan. 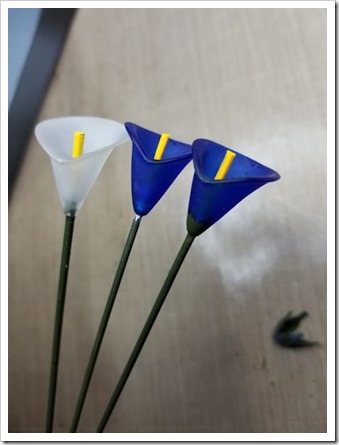 I also wanted to vary their size and height. These were going to be placed in the back being the largest. Here I have them in a row assembling several of them at a time. The wire is an LED light and it was very, very delicate.  Hence the need for translucence. 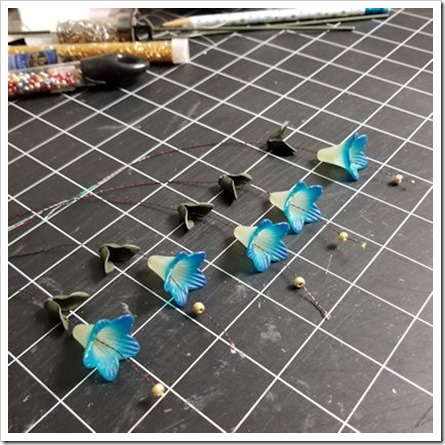 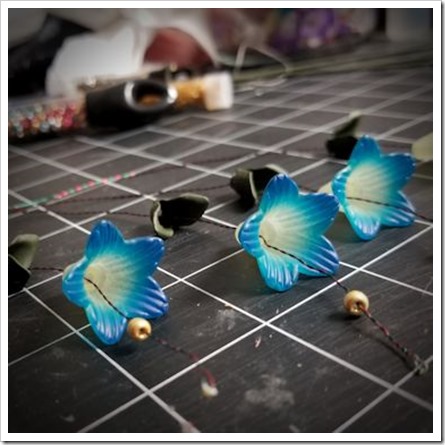 Pink and white lilies were next. 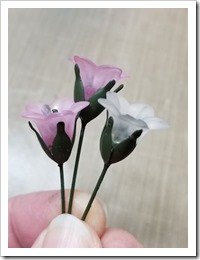 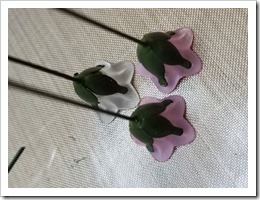 Here is a small box lid edge to edge with flowers being glued on their stems. 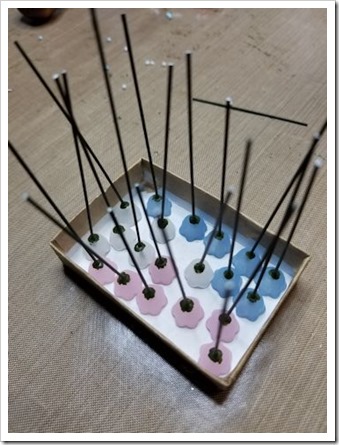 The following photo had the first flowers I nervously placed first. It’s one of those things where you just have to hold your breath and hope all goes well. After that, it’s just more of the same progressing from the tallest in the back to the shortest in the front. 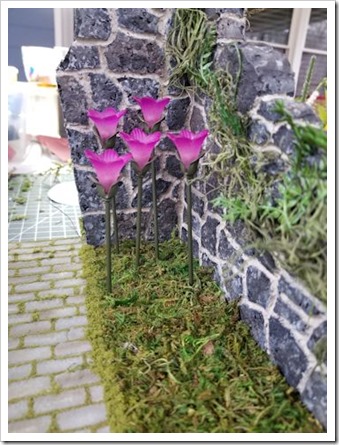 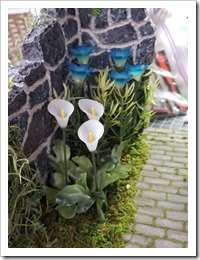 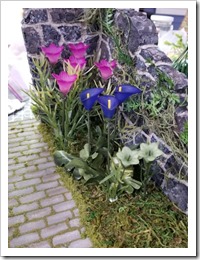 At one time this garden was only accessible if you had a key to the gate. So there had to be a gate. And I had to make it. This was one step that turned out much easier than I anticipated. I used a thick piece of metal rod to form the shape and then covered it with wire mesh. After that it was all paint and details to get the rusted effect. 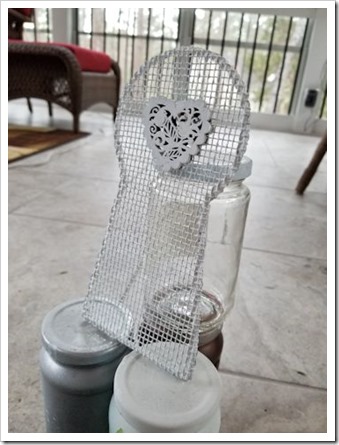 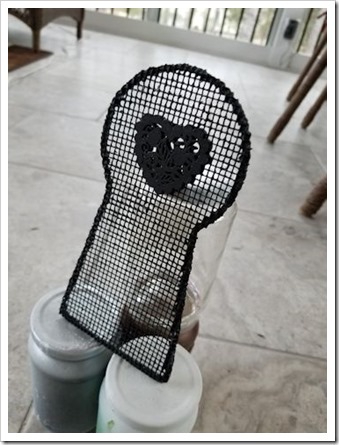 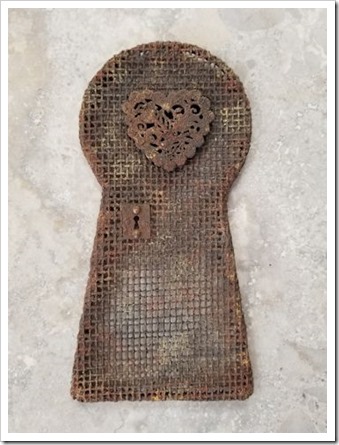 Eventually I arrived at a point where I needed to add the base. This was one of those moments where I felt like it could easily go all wrong in a heartbeat. 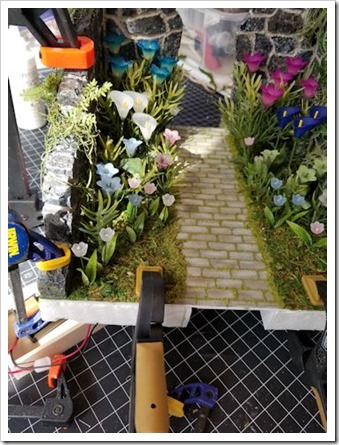 These last few photos are detail photos. This first one is an aerial view of some of the flowers. 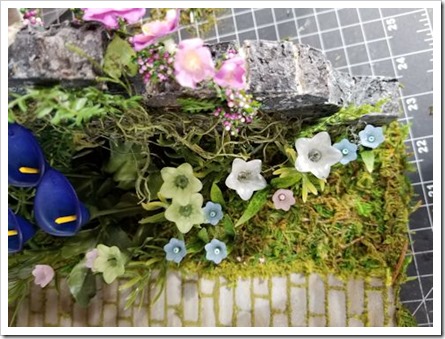 This is the left side of the wall on the back before I added the gate. 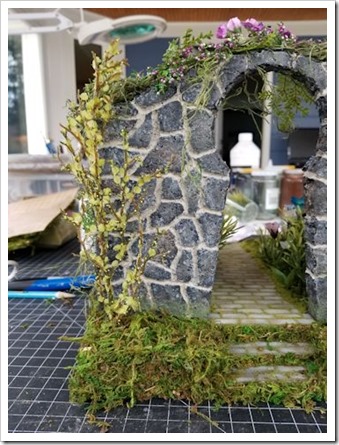 And this is the right side with a vine growing up. 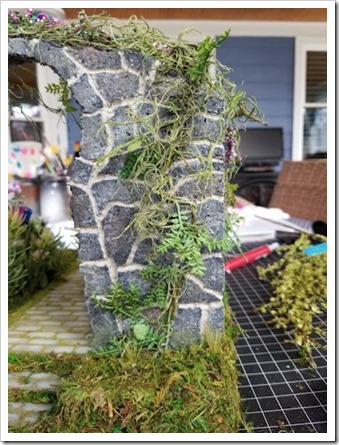 Here is the gate in place on the back of the wall. 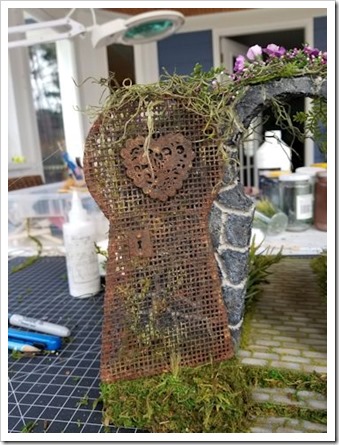 That completes all the construction photos. My next post will show the finished piece where it all comes together.

As always, thanks again for reading!

Posted by ginger@bearbits at 1:09 PM