In Search of Pirates – Finale

Yo ho ho. Ahoy me hearties! Sebastian here to finish my tale “In Search of Pirates” on the high seas. I’m an Old Salt now. I might even have salt water coursin’ through my veins. Let’s get on with it shall we?

Even though it’s been four whole days since I’ve returned from my adventure, I remember it like it was only yesterday.  I was up bright and early to see the ship dock at a beautiful tropical island. “Here’s my chance.” I thought to myself. “There might be some pirates hiding out here.” 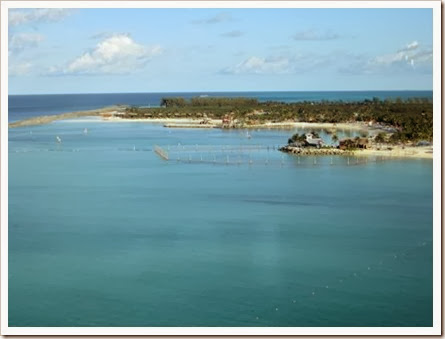 I was mesmerized by the water. 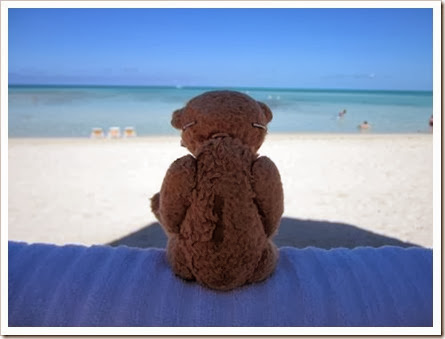 It was incredibly blue in some places and crystal clear in others. 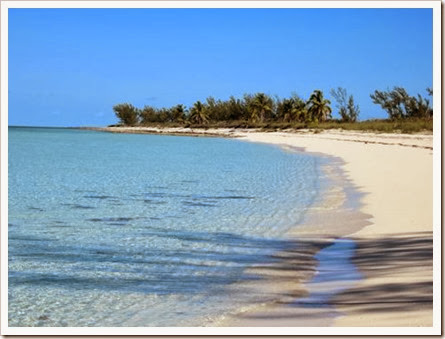 While contemplating my search, I gave my minions a chance to wade in for a little while and can you guess what happened while they were away? 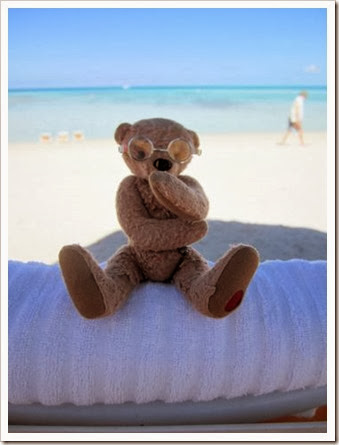 I met an honest-to-goodness pirate. Maybe you have heard of him. He goes by the name of Jack Sparrow. 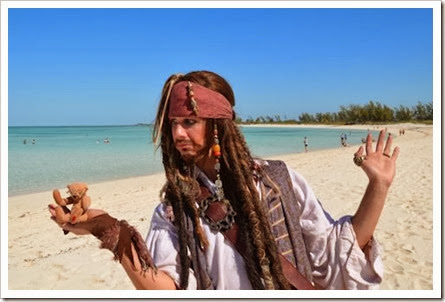 After that initial rather awkward meeting, he convinced me that I would make a very good pirate. 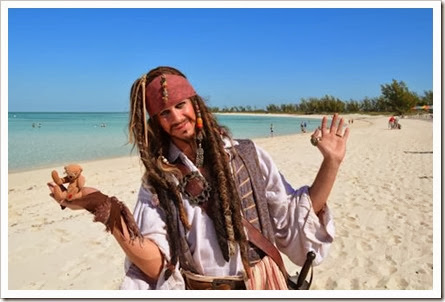 I happily present these few photos of me taking in the sights my first official day (and night) as a pirate.  I had them take a photo of me close-up first.  Can you guess where I am in this photo? 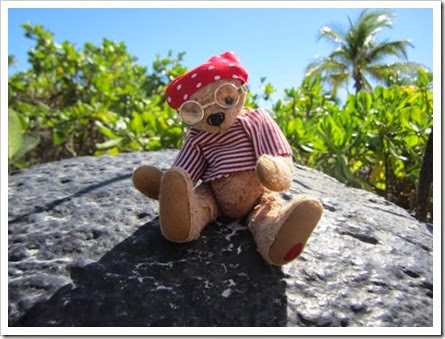 Just a little further back in this one and you can see I am sitting atop an archaic buoy! 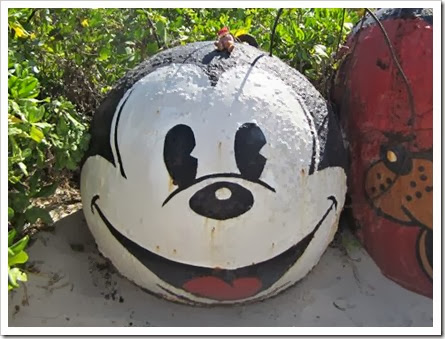 And here you can see just how huge – and cute - they are!  The buoys – not my minions.  I can’t seem to shake them even for a little while. 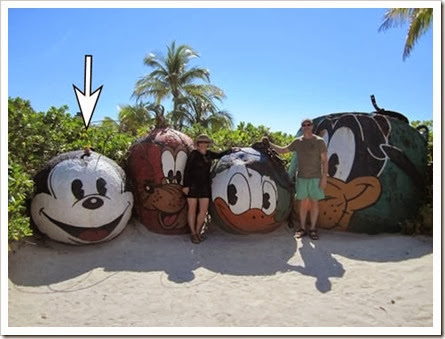 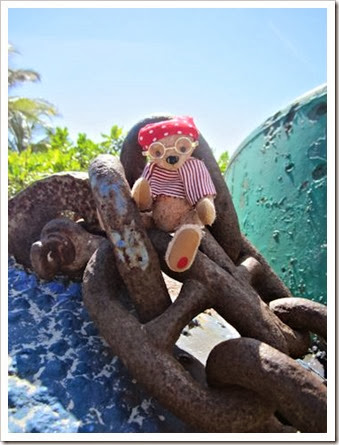 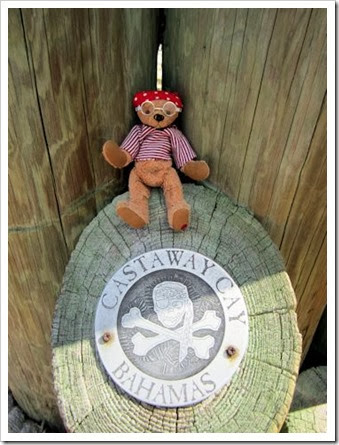 Back on board the ship and I discovered that everyone had become a pirate.  Even my favorite servers.  I just love these buccaneers!  Can you see how well I was treated?  I had a prime spot on which to sit for my photo. 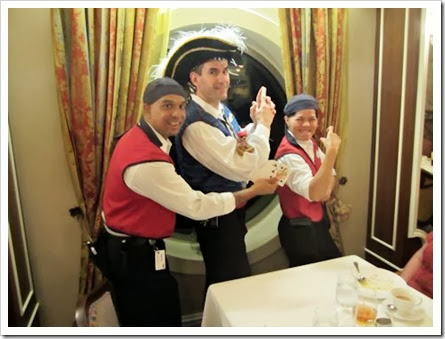 Dessert that evening included a choice of Chocolate Rum Cake.  Can you get tipsy from eating dessert?  What’s that song?  Yo ho ho and a bottle of rum? 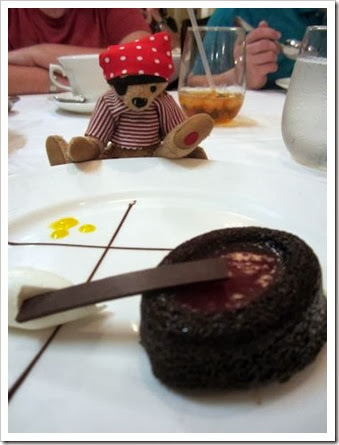 Me with my mentor. 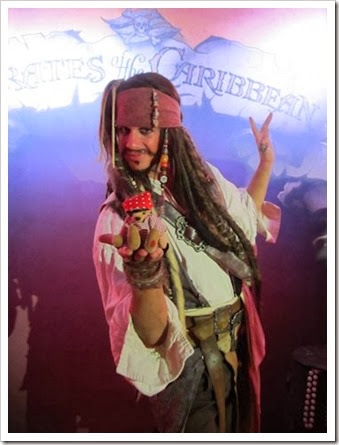 What a fun encounter I had with Captain Mickey.  Next time (and there will be a next time or someone will walk the plank, matey!) I say, next time I think I need a coat like his. 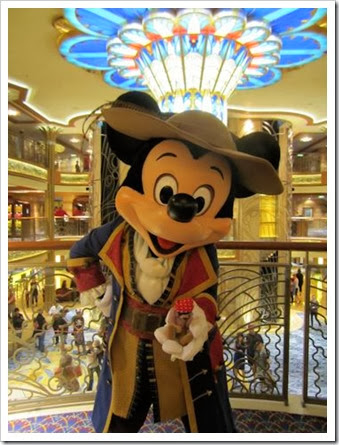 Finally, we celebrated with fireworks off the starboard side of the ship. 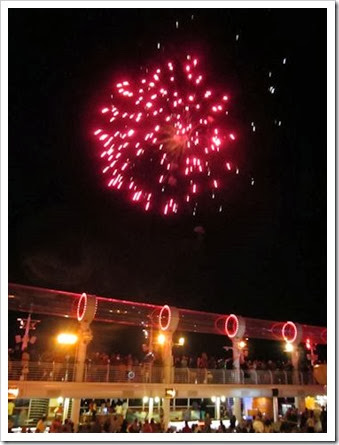 Now that I’ve dressed like a pirate, eaten like a pirate and run amok like a pirate, I would say I’ve earned the chance to share in the pirate booty.  I have it on good authority that the gold doubloons are made of chocolate!  My favorite!

Until we meet again, smooth sailin’ from your favorite pirate - Aaargh!

Posted by Sebastian@bearbits at 11:24 PM