Sebastian here reporting from along the seawall at Stanley Park in Vancouver. There’s lots to see here and I’m excited that Ginger has conceded to let me give my perspective. 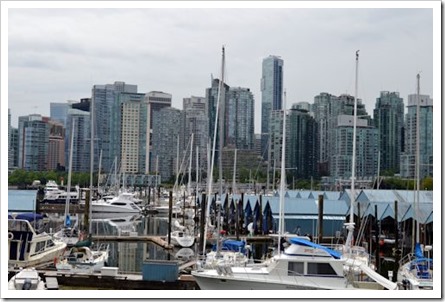 The first thing we did was take a carriage tour of the park guided by these two draft horses. At first I thought the lady said they were daft horses and then I realized that couldn’t possibly be right because they get a massage every morning. You can’t rate a massage and be daft! 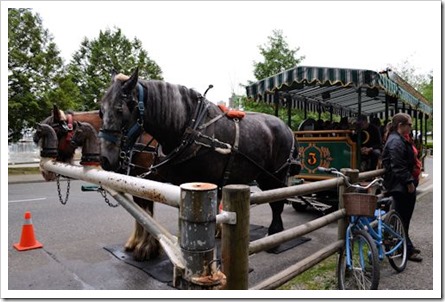 This photo of Vancouver was taken from the carriage. See the bike rider there? There were loads of them – and runners and skaters and walkers and of course, all of us in the carriage. We don’t have a seawall in Raleigh. I might talk to the mayor and see if I can convince her that we should have one. 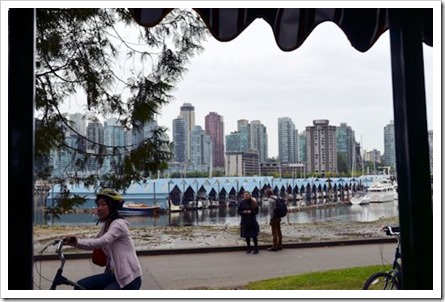 This is the first time ever that I have seen a totem pole. They are so cool. And tall. Totem poles are very tall. 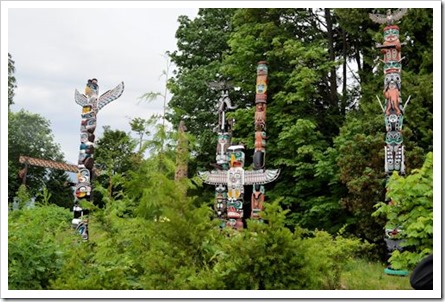 “Hello from the seawall.” 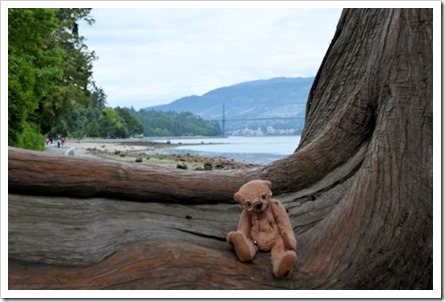 Can you guess what I’m perched on? 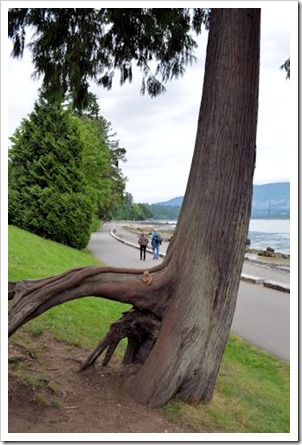 Here’s Ginger and me for a bit of size perspective. 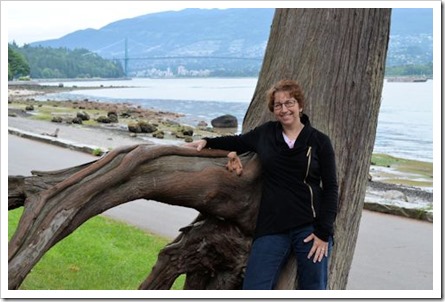 This is a photo of Mister Jay. Ginger said I had to include it because she likes it. I don’t think it’s very relevant to my reporting but then, sometimes the rules here are beyond my comprehension. This little lady is called Girl in a Wetsuit. I wanted to go out and interview her asking questions like what it was like to live on a rock but I was overruled due to the incoming tide. A real reporter wouldn’t be prevented from getting the story in spite of the risks but alas, my credentials only go so far. 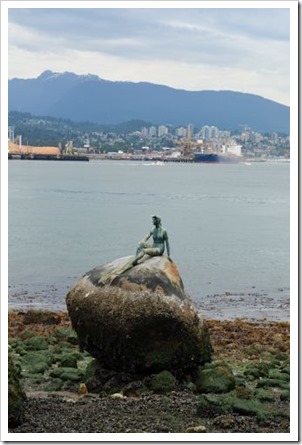 Even though I have only shown you a fraction of what we saw in Stanley Park, I’m going to leave it there because my tummy is a bit growly. Time for a snack I think. 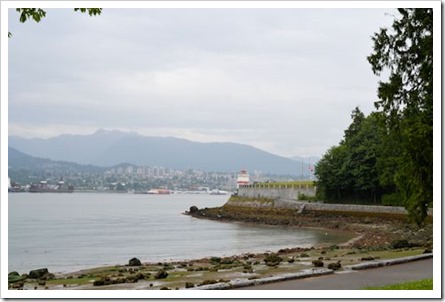 Cheers from your roving reporter,

Posted by Sebastian@bearbits at 11:07 PM