The new witch hat project is still underway and I have managed to make a little bit of progress.  Here is what I have done so far.  I made a pattern to create a fabric witch hat the same size as the paper mache one. 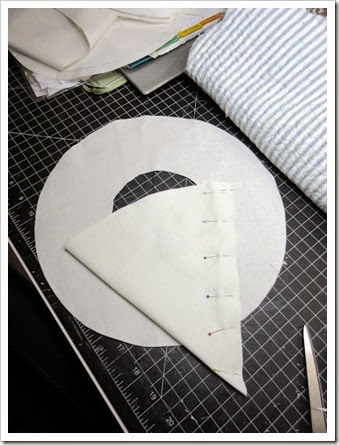 Now that I have it all sewn together 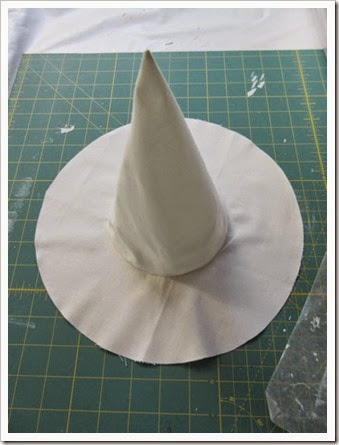 you can see them side by side.  It does seem a bit redundant, I grant you that. 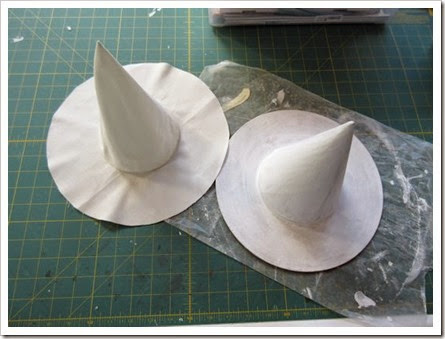 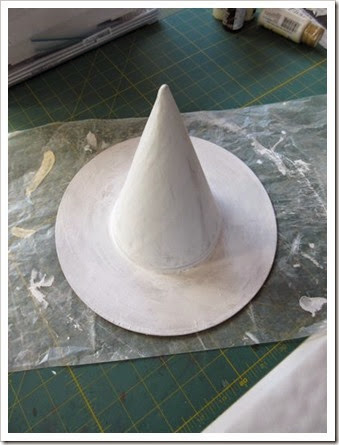 slipped the fabric version right on top of it – it was a pretty good fit.  Then I painted it with gesso too. 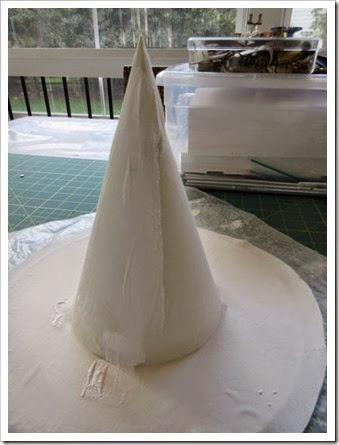 Here you can see it dried and ready to go.  I think it will make a great surface to work on.  Very much like an artist canvas. 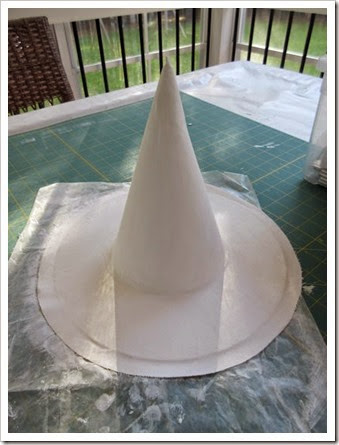 I wanted the edge to be nice and clean for whatever comes after so I clipped it to turn it under.  Eventually, this will be finished underneath when I have finished painting. 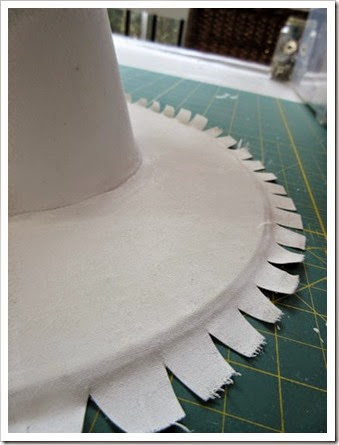 Here’s the edge much improved.  So far so good. 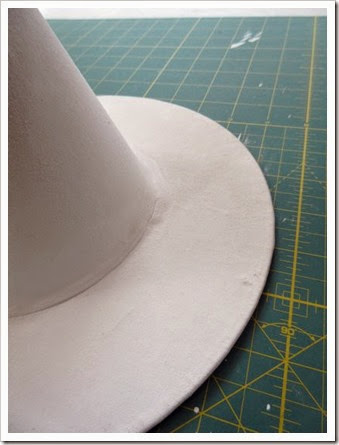 Now it is ready for the next phase but the real question is: Am I?  I finally gave in and bought one of these non-stick craft surfaces and I can tell you now that I’ve used it a bit, I don’t know why I didn’t get one sooner.  That’s called living and learning. 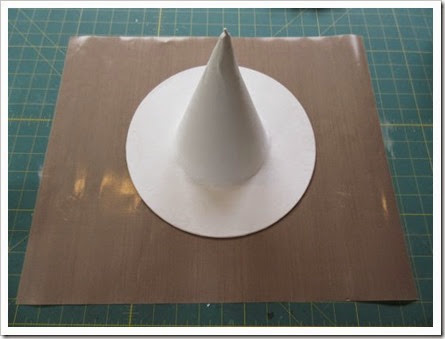 I need to get my ideas to gel and put some paint on this thing.  It’s the only thing between me and where I want to take this haunted hat.  As Pooh says, “Think, Think, Think.”

Posted by ginger@bearbits at 8:07 PM

Email ThisBlogThis!Share to TwitterShare to FacebookShare to Pinterest
Labels: Halloween, work in progress